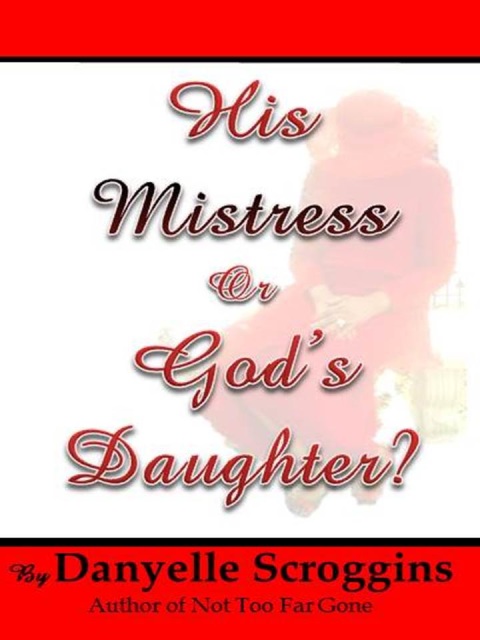 His Mistress or God's Daughter

Is the question Danyelle Scroggins digs deep into the hearts and minds of women concerning which would they rather be.

In a world filled with infidelity, sexual sins, and a lack of available men, she challenges women to remain true to themselves, their God, and their position as one of God’s very own. She implores that they take notice of how much better it would be as one of God’s very own daughters (who loves Him enough to keep His commands), than being the woman of a man who is only using them as his side dish.

In His Mistress or God’s Daughter?, Danyelle deals with her own deeds of dirt and through her experiences tries to compel her sisters of the far better life one would gain as God’s Daughter verses His Mistress.

Be prepared for a complete restoration of self-pride and a complete transformation from selfish-pride!